The way to top for this pair was uneasy. Рўanya was born in Perm. In the same place in five years began to skate to correct health. After divorce of parents girl hardly has not come to be in the street. Because of housing problems Рўanya frequently spent the night on mum's work. Mother with a daughter were interrupted from bread on water, money in family did not suffice. As well as many parents, Natalia Totmianina trusted, that only figure skating will help Tanya to get out of poverty. To tell the truth, good single skater Tatyana did not become. It was necessary to choose something another. 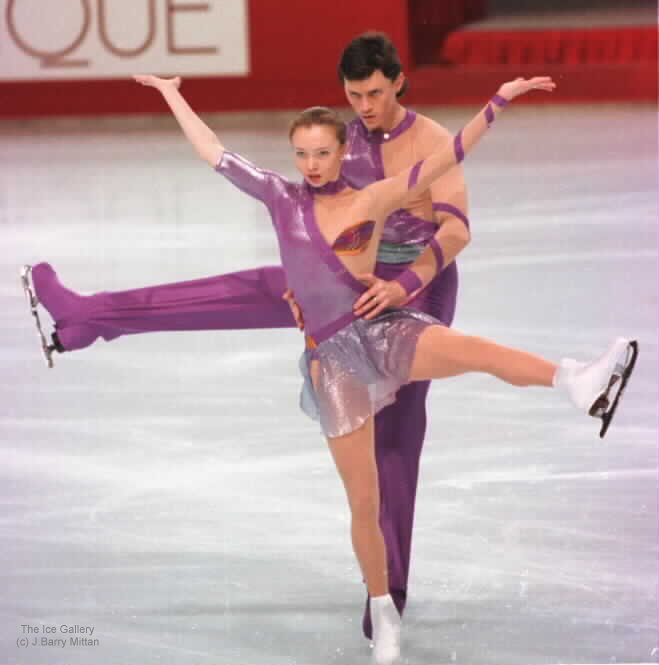 In 1995 in the championship of Russia Tatiana has got acquainted with Maxim Marinin. "I have late risen on skates, - Maxim has told. - Started to skate from itself in Volgograd in seven years, but I did not have a professional coach. While other boys studied jumps in three revolutions, not always it went right to me double. However due to high growth me have invited to Petersburg to be engaged in a pair figure skating. To tell the truth, long time to find suitable partner in any way it was not possible".

Tanya and Maxim have decided to try to skate together. To train a young pair Natalia Pavlova has agreed. Laborious work began. Closed and shy, they firstly hardly got used to each other. The life has learned teenagers to trust nobody and expect only for themselves. 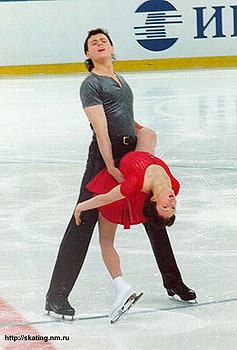 It was especially difficult to get used to a life in the big city. Natalia Pavlova, understanding as difficultly it is, helped them to find habitation, gave money. РўР°nya with mum and Maxim removed a small two-room apartment. Ate in "Yubileiny", due to school of figure skating. Pavlova has found them a sponsor who paid gathering and suits. But Tanya and Max all the same felt themselves wild wolves and practically with anybody did not communicate. Even in "Yubileiny" where all figure skaters and trainers live as the big family, they remained another's.