The main task - to bypass the Chineses

After Olympics Oleg has seriously engaged in preparation of the pupils for a new season. Has invited known choreographer Guiseppe Arena, has changed both programs. Directed by programs figure skaters are helped by Svetlana Korol working with them still in Petersburg. 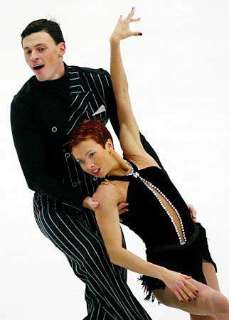 It is considered, that now Tatiana and Maxim start skating with their old "luggage" incorporated in them still by Natalia Pavlova. But Vasiliev disagrees with such statement. "We have done huge work that РўР°nia and РњР°x's style has appeared. When they only have arrived to me were not able to do support at all. Now they show completely other level in execution of this element".

For the short program figure skaters have taken Grieg's music "Pier Gunt". And in any they go for a skate under John Barri's music "The Cotton Club".

This program first of all is designed for North American public, has very much liked experts. In it many the dancing movements allowing in another way to look at a pair figure skating. Oleg Vasiliev not emphasized time, that does not aspire to load the program of the wards supercomplex elements. In his opinion, hobby for multiturnaround jumps and throws do not leave ground for creativity.